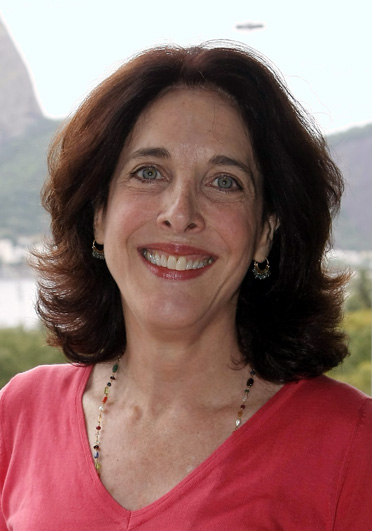 Patricia Kranz is a consultant on environment and social projects. She began as an activist in the anti-nuclear movement when Brazil was still living under a dictatorship, and since then has been working on social and environmental issues, engaged in the articulation of several other movements and in the creation of the Brazilian Green Party.
She worked in Rio de Janeiro’s City Hall and then in the Municipal Secretariat of the Environment. She facilitated the ICLEI Membership of Rio de Janeiro and worked for the active participation of the city in ICLEI projects. In this spirit, since 1997 she has promoted ICLEI in Brazil, bringing new Members and coordinating projects, especially those related to Local Agenda 21. From this experience she deepened her knowledge about participatory methods, becoming a recognized professional in the field, taking the methodology and its ramifications to promote the sustainable development of several territories through many different projects.

Since 2015, Patricia has initiated a new work front related to forests and biodiversity, coordinating the development of a pilot project for reforestation with payment for environmental services and in the board of BRBio, an organization devoted to combat marine invasive species.

Patricia remained connected to ICLEI South America during all these years and served as President of the Board between 2004 and 2006. She still serves the organization as a member of the Advisory Board and recently has been appointed as Chairperson of the INTERACT-Bio Advisory Board.