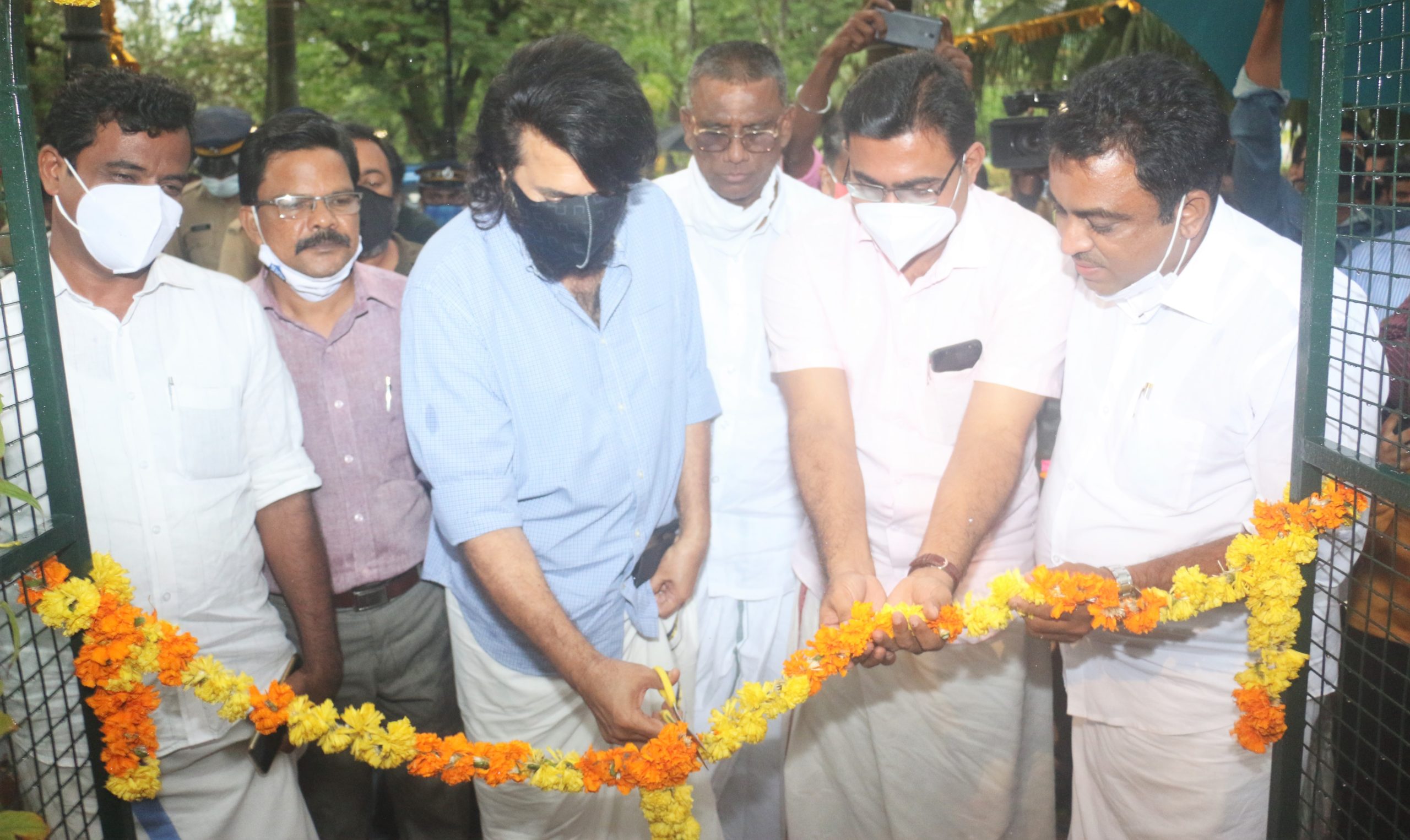 On 12th April 2021, Padma Shree Mr. Bharat Mammootty – one of India’s most famous film stars – made an appearance at Kochi’s Subhash Bose Park alongside the Hon’ble Mayor Advocate Anil Kumar and other dignitaries. Why? To inaugurate the city’s new pollinator and herbal gardens and raise awareness about the important role that nature can play in urban environments.

At the inauguration ceremony, Mr. Mammootty praised the efforts of the Kochi City Corporation in preserving the park for over 50 years. He also mentioned that he has a special attachment to the park as he played there in his childhood. Mr Mammootty added that the pollinator and herbal gardens will add more significance to Subhash Park. He was particularly interested in the number of butterfly species in the pollinator garden and expressed the need for that to be documented. He added his appreciation that the pollinator and herbal gardens will add to the biodiversity of Kochi city.

The Hon’ble Mayor expressed his happiness on the development of the pollinator and the herbal gardens and thanked ICLEI South Asia for having helped in the establishment of the same.

The pollinator garden not only provides important support for the ecosystem services in the city, it will also serve as a live interpretation zone for citizens to better understand the ecosystem services provided by pollinators.The herbal garden will also help citizens and tourists to understand and appreciate the diversity of medicinal plants found in and around the city and their significance in the health sector.

The Kochi City Corporation is focused on increasing native biodiversity and communicating the importance of this biodiversity to residents in order to ensure long term conservation efforts. This was a key motivator for the city in the conceptualization of these two gardens which not only improve the native biodiversity of the city, but also serve as a demonstration site for nature education.

The pollinator and herbal gardens in Subhash Bose Park were developed by ICLEI South Asia as a part of the INTERACT-Bio project. The project is supported by the German Federal Ministry for the Environment, Nature Conservation and Nuclear Safety (BMU) through the International Climate Initiative (IKI).